Home / News / Debating whether moisture has an effect on the properties of reinforced nylon fabrics? ?

Debating whether moisture has an effect on the properties of reinforced nylon fabrics? ?

The crystallographic study of reinforced nylon found that reinforced nylon is a semi-crystalline material, which contains crystalline and amorphous regions after molding. In the crystal region, the molecular chain is in a plane zigzag conformation, and hydrogen bonds are formed between the chains through amide bonds. In the amorphous region, the conformation of the molecular chain is random, and most of the amide bonds do not interact to form hydrogen bonds, which are in a "free" state, but it is not excluded that a few regions constitute part of the hydrogen bonds.

The mechanical properties of reinforced nylon changed significantly after water absorption. The main ones are the decrease in hardness, modulus and tensile strength, the decrease in yield point, and the increase in impact strength. The molecular motion of reinforced nylon is studied by nuclear magnetic resonance, dynamic mechanical relaxation and dielectric loss. Tg dropped significantly. At the same time, it was found that the process of Tg decreasing with the addition of water absorption was staged. The initial decline is rapid; when the water absorption mass fraction exceeds a certain value, the decline is slow.

Summarizing various literature reports, the critical value is about 2% to 4%. Reinforced nylon also exhibits beta and gamma changes at lower temperatures, with beta changes only observed in wet samples, and its strength increases with increasing water uptake. Some suppliers of reinforced nylon also found that the increase in the intensity of the β-change peak was accompanied by the reduction of the γ-change peak, and showed a phase similar to Tg.

The above phenomena all indicate the effect of similar plasticization, but when the test temperature further drops and exceeds a certain critical temperature, the effect of moisture in reinforcing nylon material is opposite, similar to cross-linking and hardening. The detailed value of this critical temperature varies greatly in different reports. Some people suggest that this is related to the different conditions such as the frequency of dynamic mechanical testing and the degree of orientation of the sample. Reinforced nylon will harden after being subjected to a stress less than the yield point for a long time, which is called "stress aging". After water absorption, the rate of stress aging is accelerated. 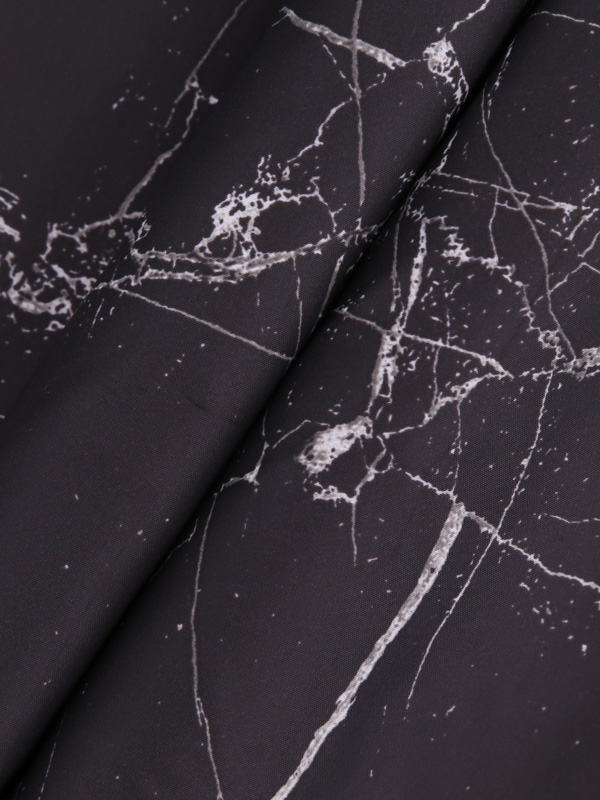 PREV:Nylon origin and classification of nylon fabric
Back to shop
Nylon fabric briefly introduces the characteristics of fabric:NEXT